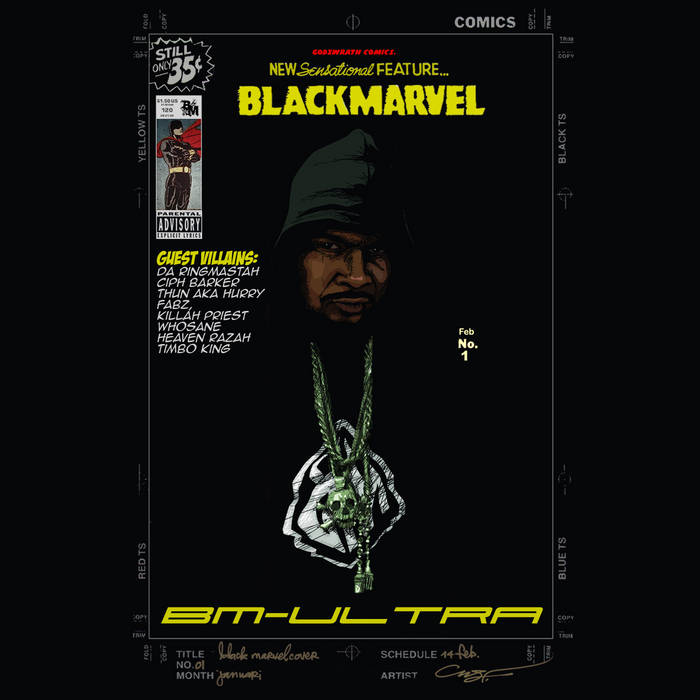 Emerging from the darkness after spending some years in the shadows producing and perfecting his craft, BlackMarvel's debut album is finally here. The project, titled 'BM Ultra' after the brainwashing technique employed by US government agencies, is an old school comics and cartoons themed trip into the rapper's world. It's classic Hip Hop sound will have heads rejoicing worldwide. 'BM Ultra' is entirely produced by the Godz Wrath production team consisting of BlackMarvel himself, Jordan River Banks and Ciph Barker. Godz Wrath has been responsible for underground bangers such as Killah Priest's
critically acclaimed 'the Offering', Hell Razah's 'Renaissance Child' and Black Market Militia. All of these artists are also featured on BM Ultra, giving the album that extra flavor. BM Ultra will available from the 20th of february, so if you are into that classic Hip Hop get a copy now.