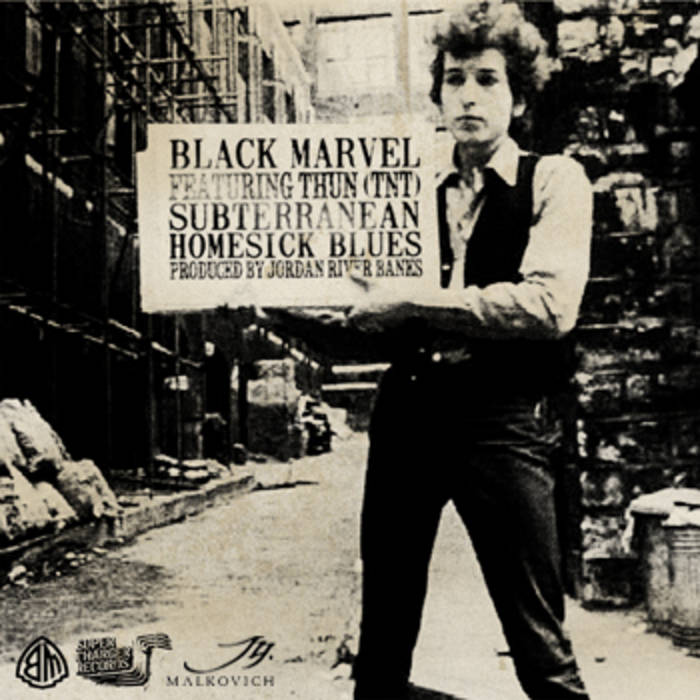 It's been well documented that Hip Hop was built on the use of old music. However, it's not the samples or breaks in this new track by Black Marvel that are derived from an ancient source, it are in fact the strikingly actual lyrics from Bob Dylan's classic song, Subterranean Homesick Blues.

Black Marvel and Thun spit Dylan's famous lines with the fire of a Public Enemy in their prime over an eerie, stomping production from Jordan River Banks, creating
a cover that grabs you by the throat and updates the legendary Bob Dylan song in a way previously unimagened. In today's times of chaos and crisis this track sounds like the ideal soundtrack.

released November 10, 2011
lyrics by: Bob Dylan
produced by: Jordan River Banks
performed by: Black Marvel and Thun
mastered by: I. Statinski for Waxflowers